Ron and Hermione. RON AND HERMIONE. I love them so much. They had such an interesting and difficult relationship.

They went from this:

And then to this:

GLORIOUS, isn’t it? I’ve had LOTS of discussions about what J K Rowling purportedly said (I mean, I’m still waiting for the entire world to go LOL JKS, but let’s assume it’s true for now).

I’ve had discussions about whether books belong to their readers.

I’ve had discussions about why Harry and Hermione would be a terrible idea.

I’ve had discussions about whether there should have been romantic love in the books at all.

I’ve watched as Twitter and Tumblr blow up, and I’ve seen arguments about every possible facet of the Harry Potter fandom. Geez. J K Rowling is one verrrry influential lady.

So here are my thoughts.

I think J K Rowling can say whatever she wants about her books – she wrote them, she spent years thinking them through. But that doesn’t change the books. She can say what happens beyond the books – that’s her interpretation, but any other interpretations outside of the published works is just as correct. Like, when she says Dumbledore’s gay? It’s hard to infer that from the text. When she says Luna and Rolf Scamander end up together? Doesn’t happen in the books, so we can think whatever we want about that.

Here’s the thing: we are just as important to her as she is to us. Without us, there’d be no Harry Potter. The books belong to us just as much as they belong to her now, and regardless of whether she regrets putting Ron and Hermione together, the fact remains that they will always stay together, because that’s what’s in the text. If J K Rowling says something about the books that isn’t in the text, people are obviously going to take notice of her – and that’s what I have a problem with. I have a problem with the fact that our privilege as readers, i.e having liberty to think whatever we want outside the text, is not absolute.

Then there’s the other facet of Harry and Hermione.

This was one of my favourite scenes in the movies. But not because of the romance that many people have said is evident there. It’s because Harry and Hermione’s relationship is complex, and beautiful, and platonic – we don’t get many of those kinds of relationships, and I love it to pieces. When J K Rowling says things like she wished she had put Hermione and Harry together, like it or not, it changes the reading experience for me. Especially since having the main guy and main girl together would be such a cliche.

Then there’s the fact that there are even romantic relationships at all. I started reading these books in year two. I wasn’t concerned about who ended up with whom. I wanted to know if Snape was evil, goddammit!

(okay, this GIF doesn’t really relate, but I like it, okay?)

What I’m trying to say is that I don’t think the series needed the 19 Years Later. I don’t like that everything was tied up in a neat little bow – I like a bit of ambiguity, and Harry Potter ends on a note that doesn’t allow much room for imagination. And despite that, even J K Rowling has misgivings about the ending. There’s an obsession in Western society with romantic love, and J K Rowling does all the other types of love brilliantly – familial love, love between friends, naive love, love between headmaster and student, complicated love…the list goes on. J K Rowling’s comment on the romantic relationship of all things signifies that she places a lot of importance on that – which I don’t think is what Harry Potter is about at all.

Having said all that, I’m often wrong. What do you think? Should J K Rowling have left things the way they were, or do you support her right to say whatever she wants about the books? 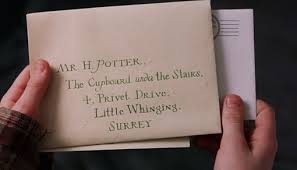