Okay so I have two books to review today. 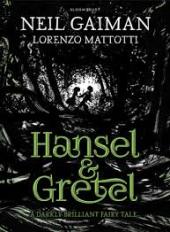 I thought I’d review them together since, you know, they’re both dark fairytales and they’re both by Nail Gaiman and they both have pretty pictures. 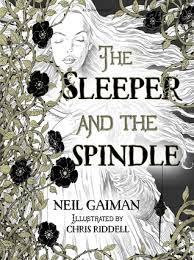 Source: I bought it!

A thrillingly reimagined fairy tale from the truly magical combination of author Neil Gaiman and illustrator Chris Riddell – weaving together a sort-of Snow White and an almost Sleeping Beauty with a thread of dark magic, which will hold readers spellbound from start to finish.

On the eve of her wedding, a young queen sets out to rescue a princess from an enchantment. She casts aside her fine wedding clothes, takes her chain mail and her sword and follows her brave dwarf retainers into the tunnels under the mountain towards the sleeping kingdom. This queen will decide her own future – and the princess who needs rescuing is not quite what she seems. Twisting together the familiar and the new, this perfectly delicious, captivating and darkly funny tale shows its creators at the peak of their talents.

So first of all this is an absolutely beautiful book. 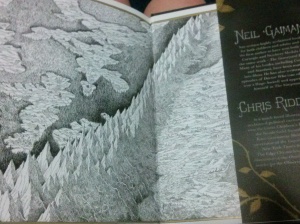 There’s no way my crappy camera quality can do it justice, but seriously: the illustrations, the hardcover, it’s all just beautiful. It’s a perfect book for a gift to someone, or a book to have on a stand.

I bought it for myself because we all deserve presents now and again.

So basically it’s a retelling of both Snow White and Sleeping Beauty. It was really interesting how these two worked together and how something entirely new was created. There were also some interesting twists that I didn’t expect.

Though there are some more mature themes, kids a bit older could easily love this book, and of course adults as well (never too old for fairytales).

Oh and did I mention the illustrations?? 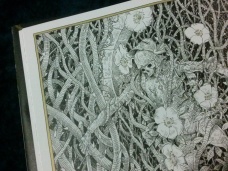 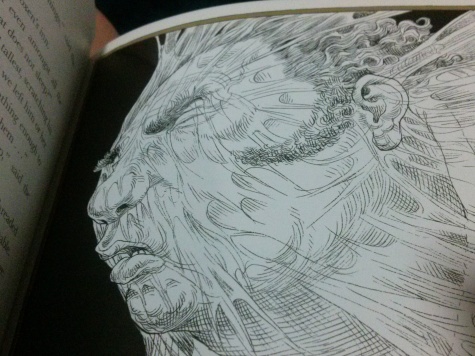 Not going to lie, the beautiful illustrations were my favourite part of this book. Sure, the story was good, but if it was just plain text, it wouldn’t have got more than a three…possibly less. So yay Chris Riddell for bumping it up somewhat.

Source: I bought it!

Best-selling author Neil Gaiman and fine artist Lorenzo Mattotti join forces to create Hansel & Gretel, a stunning book that’s at once as familiar as a dream and as evocative as a nightmare. Mattotti’s sweeping ink illustrations capture the terror and longing found in the classic Brothers Grimm fairy tale. Neil Gaiman crafts an original text filled with his signature wit and pathos that is sure to become a favorite of readers everywhere, young and old.

Okey dokey so we go from beautiful black and white illustrations to…uh, smudged ones. You can hardly tell what most of the pictures are supposed to be showing.

But I didn’t come here to rant.

If you’ve never read Hansel and Gretel, I totally recommend this edition.

However, it is not a retelling as such. It’s basically just the same story with slightly more creepy illustrations and a few interesting tidbits. But that’s all they were: TIDBITS.

Ha. See what I did there?

Unlike Sleeper and the Spindle (which I read first out of these two), nothing stood out as really original or different or Neil Gaiman-esque. Plus the pictures weren’t as pretty. It’s not my kind of style, I guess. 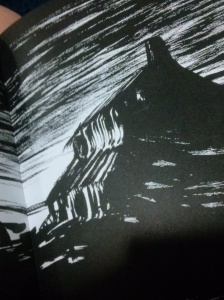 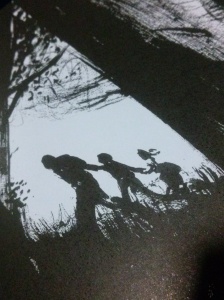 I did like the section at the end, though.

It basically tells you how the story started, and how it’s changed since then. Also it talks about similar tales and other creepy fairytales…which is EXCELLENT because technically I’m reading this as research for a thing I’m writing at school.

In summary, though – not much of a retelling, very dark illustrations, but pretty good as fairytales go.